“It thrilled me that I am the one who happened to assist Mr Cuevas, not knowing that he is a part of the 49th OVI! What are the odds! I am familiar with Civil War reenactment groups, but I have never run across one that depicts the 49th Ohio.

Allen was born in Tiffin, Ohio in 1838 and enlisted in the 49th OVI, Company A, in 1861. He served with the 49th until he was wounded at the Battle of Kennesaw Mountain in 1864. After the war, he moved his family to Kansas and then to Southern California. He lived in what is now known as South Gate. He died of pneumonia at the Old Soldiers’ Home (now the VA Hospital in Los Angeles) in 1903. He is interred at the Los Angeles National Cemetery. His son, Wallace, served with the Pasadena Police Dept.

I apologize for the late response, but before I gave you an answer about pictures of Allen’s photograph and diary, I wanted to ask for my grandmother’s permission since she’s the one in possession of most of his items. She said that it would be fine to take photos; additionally, she also has some of his reunion ribbons and the ball that supposedly wounded him at Kennesaw Mountain.” 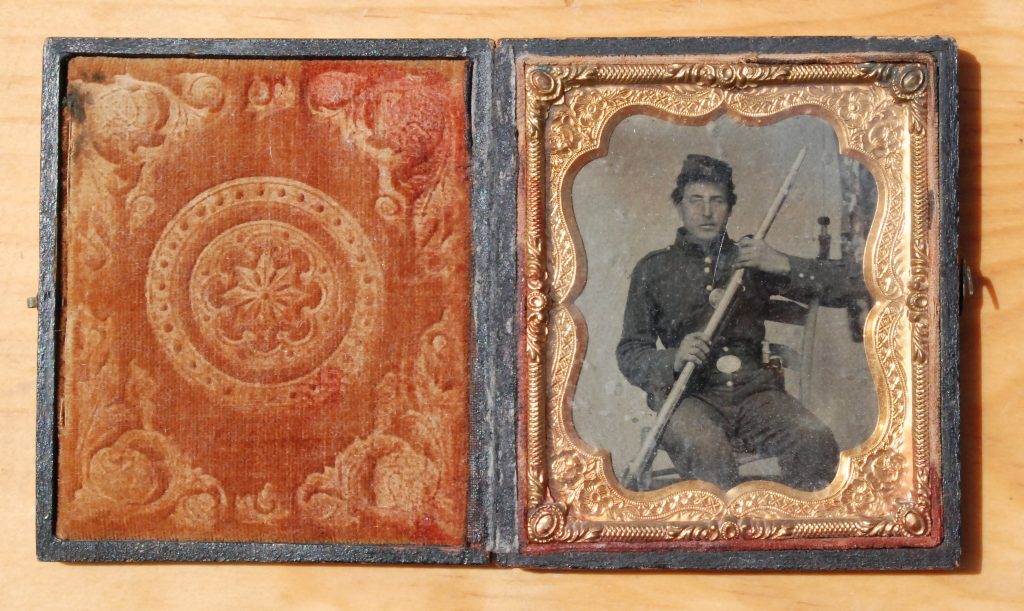 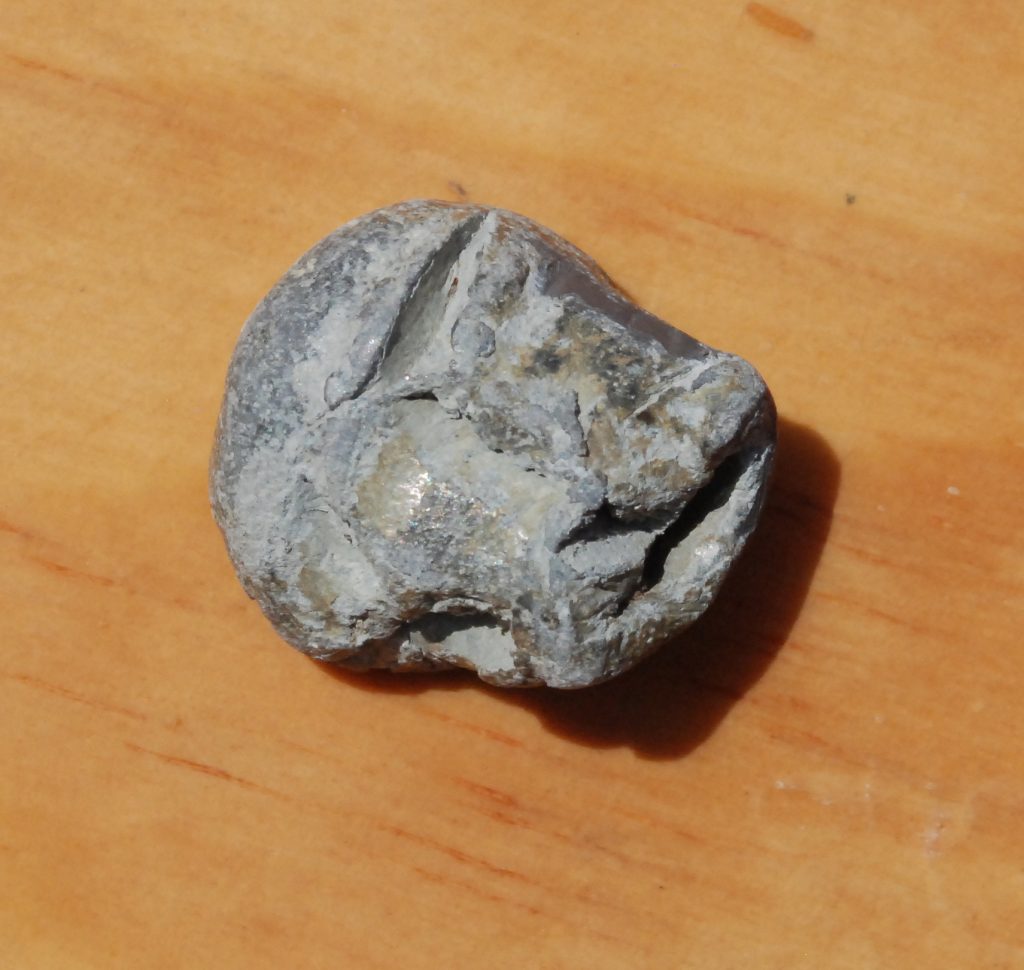 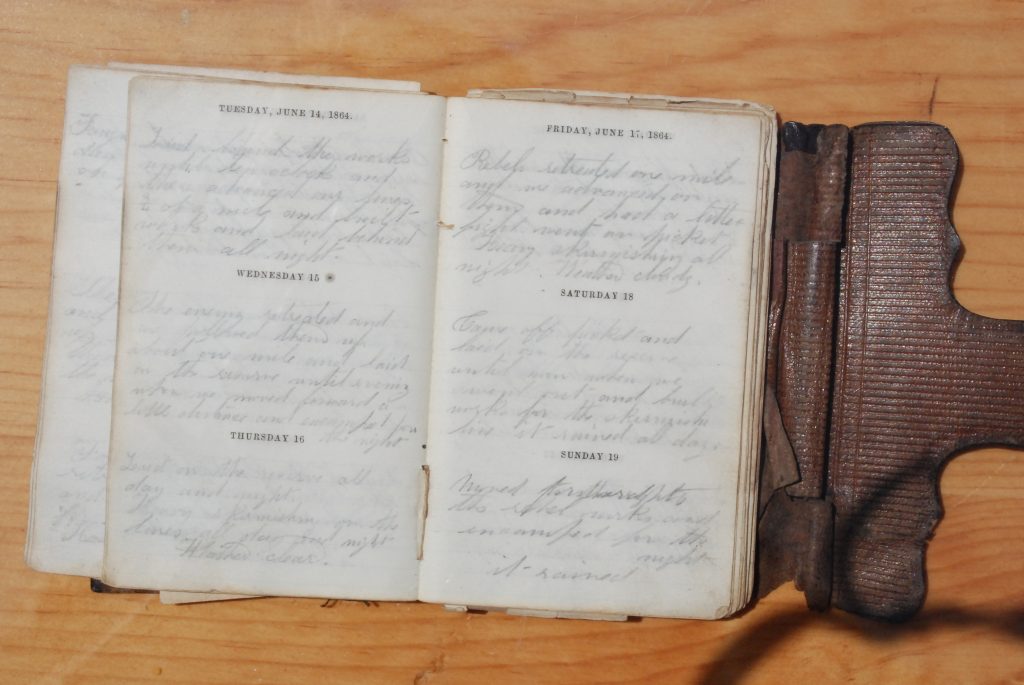 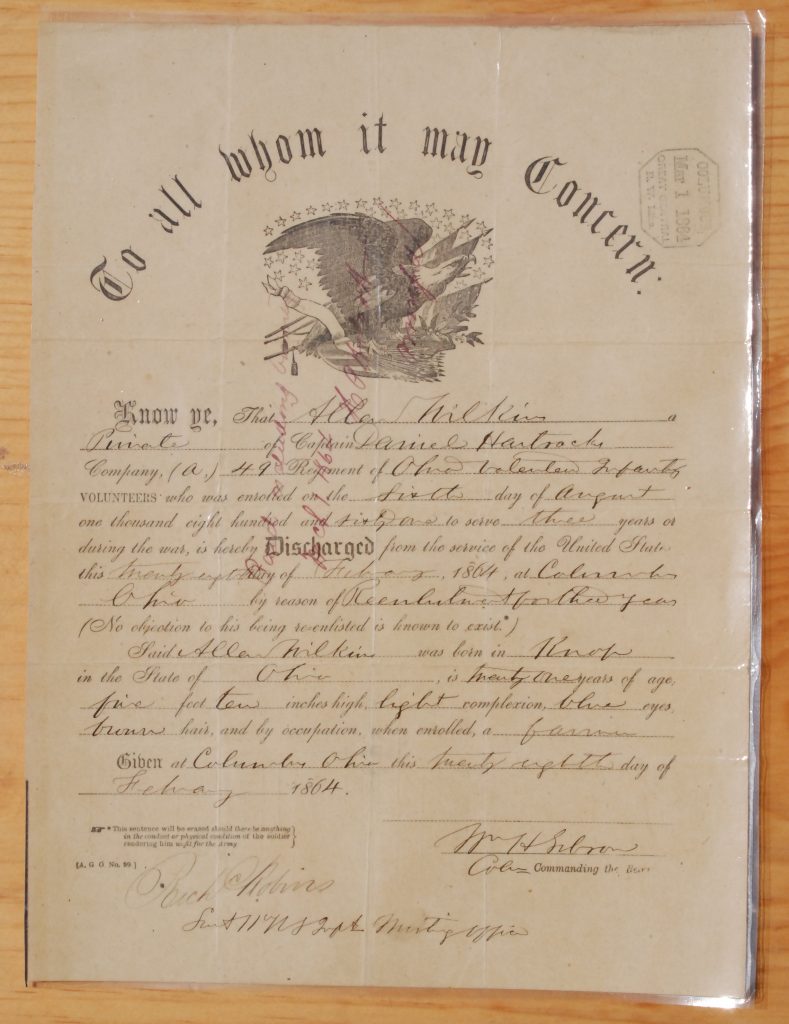 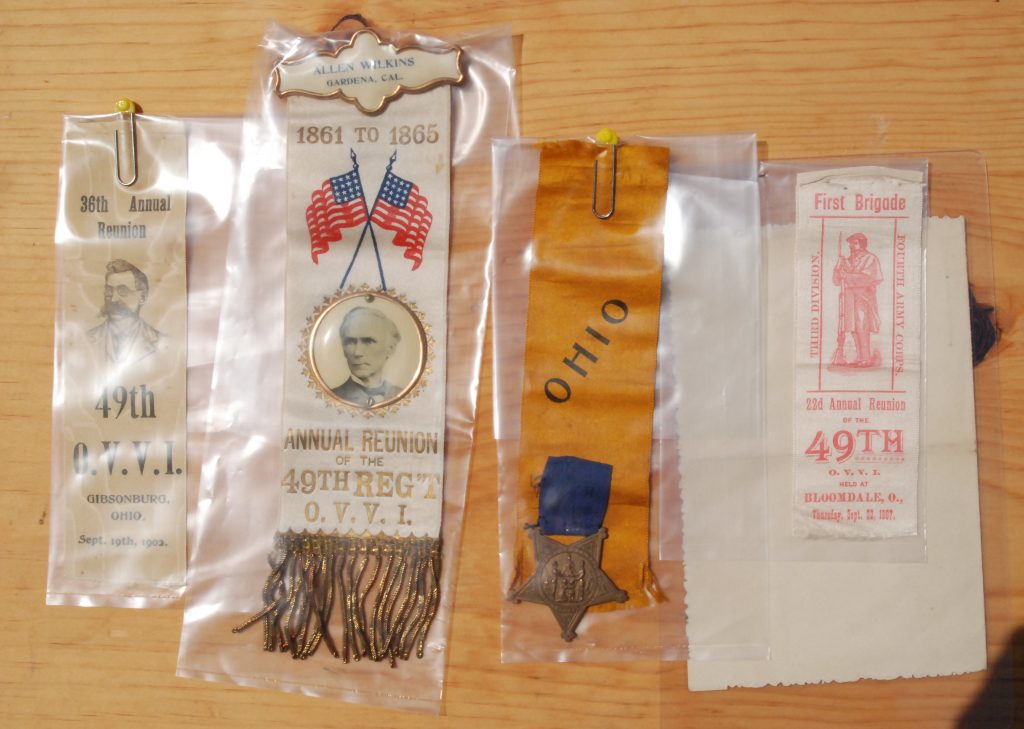